Days out on the water are made even better by having a fully stocked cupboard of water toys. For our recent Editor’s Choice we picked out 6 of the best water toys on the market.

A boat without water toys is like gin without tonic – you need them both to appreciate the full effect.

Every month we pick out an extreme new water toy as part of our toy of the month series, but below is our Editor’s Choice selection of 6 of the best new water toys that will make your boating days even more memorable. 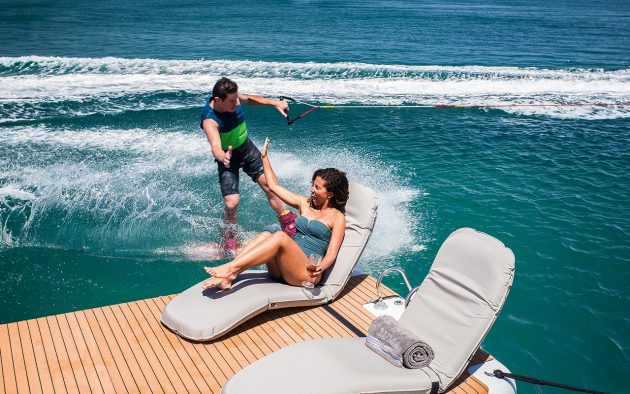 It’s party time and you’ve got too many people and not enough boat. So what do you do? Call Nautibuoy.

There’s no denying that Nautibuoy’s range of inflatable platforms are a great idea as they effectively extend the size of your boat by, well, as much as you like really.

Read more about the Nautibuoy Platform 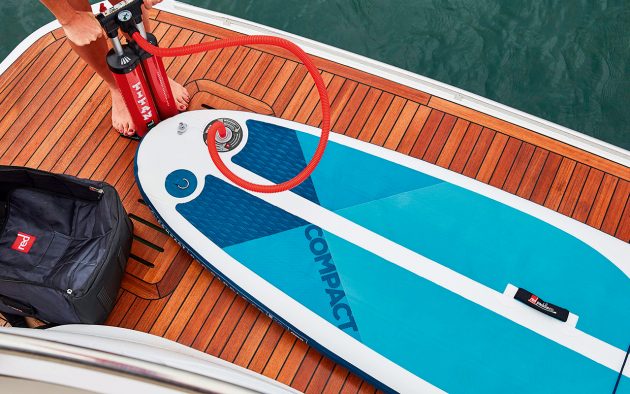 An inflatable SUP is a must-have toy on motorboats these days, but even when packed away a standard one takes up a lot of space on board.

RED’s new Compact SUP is specifically designed to solve that problem. A 10-year programme to develop the world’s most portable SUP has resulted in this new model which packs down into a backpack roughly half the size of a conventional one.

Crucially it claims to have achieved this without compromising the rigidity and stability for which its boards are renowned. 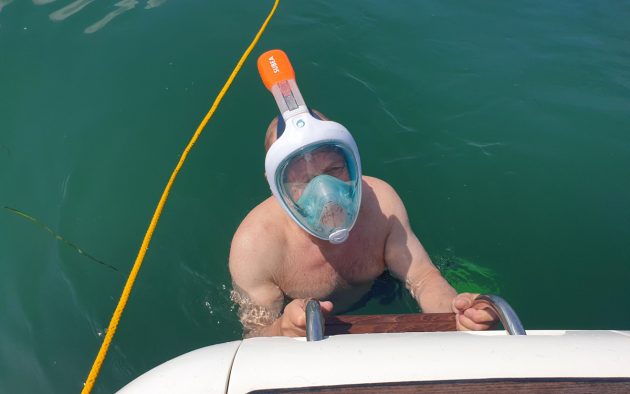 The Subea Easybreath full face snorkel mask is certainly an eyebrow raiser, and we don’t mean just when you stretch it over your head!

For the creators of this neat piece of kit have taken a long hard look at the humble snorkel and come up with a redesign that’s not only revolutionary, but eye-catching (in all the right ways) too. Best of all, it works.

Available exclusively at Decathlon, who spent seven years perfecting the design, the Subea Easybreath essentially comprises two individual mask sections; one for vision, one for breathing.

An exclusive air circulation concept prevents fog from forming and the field of view is an unrestricted 180 degrees.

We think James Bond would have loved this water toy, but if the press release is anything to go by it looks as if the bad guys may have got there first: “Fliteboard has been quietly taking over the world since it launched in 2018” it trumpets.

Putting aside the trivial matter of global domination, we can’t help but marvel at this terrific machine, which single-handedly redefines the concept of cool waterborne running – move over PWCs.

Fliteboard – an electrically-powered hydrofoil which raises the rider approximately 70cm above the water – originates from Down Under and was conceived by former kite-surfing world record holder David Trewern.

He knocked up his first prototypes using a 3D printer (bought from Aldi) and before long was zipping around the bay near his home in Belongil Beach, New South Wales at speeds of up to 45 km/h.

If you’re still not convinced that this is one of the coolest water toys to hit the market in years, then check out the video above of Rob and Morgan Wylie crossing the English Channel on Fliteboards this summer.

Read more about the Fliteboard Series 2 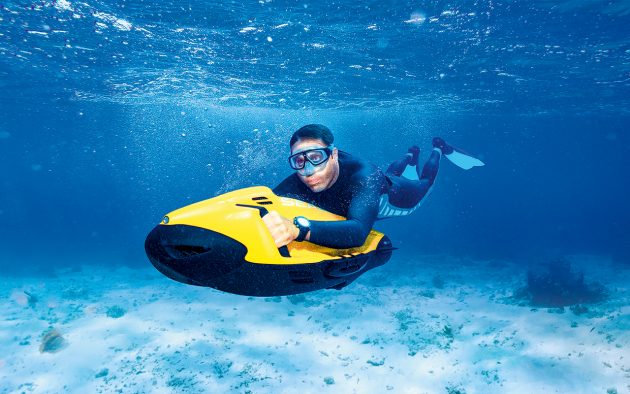 It’s long been a contender for the most desirable toy out there, and now the redoubtable Seabob has been given even more grunt by its makers.

Dubbed ‘F5 SR’, this little beauty is the most powerful watercraft in the Seabob F5 series. Its E-Jet Power System delivers a mighty 745 Newtons of propulsive power – roughly two-and-a-half times as much force as a bullet leaving the muzzle of a rifle.

To keep its pilots on the straight and narrow, two rear fins provide stability and help improve manoeuvrability. 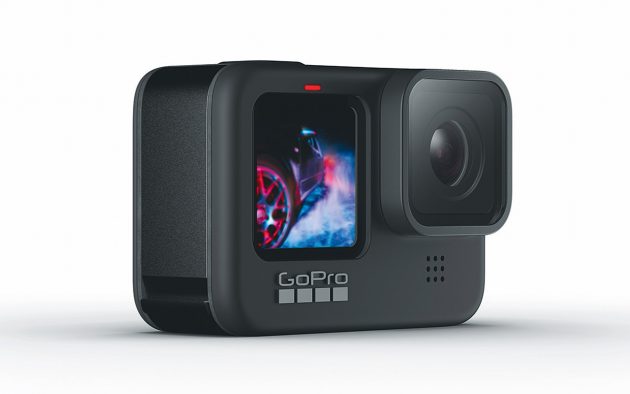 Once you’ve stocked up your boating with all these amazing water toys, you’ll need something to film your adventures with, right?

Don’t be fooled into thinking all action cameras are the same, we’ve tried a number of different alternatives and none seem to offer the point and shoot simplicity of the GoPro range while still delivering consistently good footage regardless of light and shooting conditions.

They are perfectly suited for shooting on a boat for a number of key reasons. Firstly they are waterproof to 33ft (10m).

Secondly they have exceptional built-in stabilisation which corrects even the shakiest of hands and roughest of rides and thirdly they have ultra wide angle lenses with remarkably little distortion which make even the smallest of cabins look suitably palatial.

Read more about the GoPro Hero 9