Tree-huggers rejoice. Greenline’s new hybrid flagship, the Greenline 68 Oceanclass Hybrid, can run, as well as have fun, in the sun.

There are times when you just want to enjoy the peace, the quiet and the squawk of seagulls on the bow rail.

With Greenline’s latest hybrid-powered 68-footer/20-metre, making its show debut at the 2021 Fort Lauderdale Boat Show, that means the option of gliding along at seven knots for around 25 nautical miles in stealthy, zero-emission silence.

And when you’ve reached that remote, idyllic anchorage and dropped the hook, there’s no need to crank-up the gen-set; this new Greenline 68 Oceanclass Hybrid can go for two days on battery power alone.

When the batteries start to lose their power, there’s a pair of 25kW diesel generators on hand to fill-in. And these can power a pair of 100kW electric motors that can punch the Greenline 68 Oceanclass, briefly, to 12 knots, or if you throttle back to five knots, take you an impressive 1,000 nautical miles. 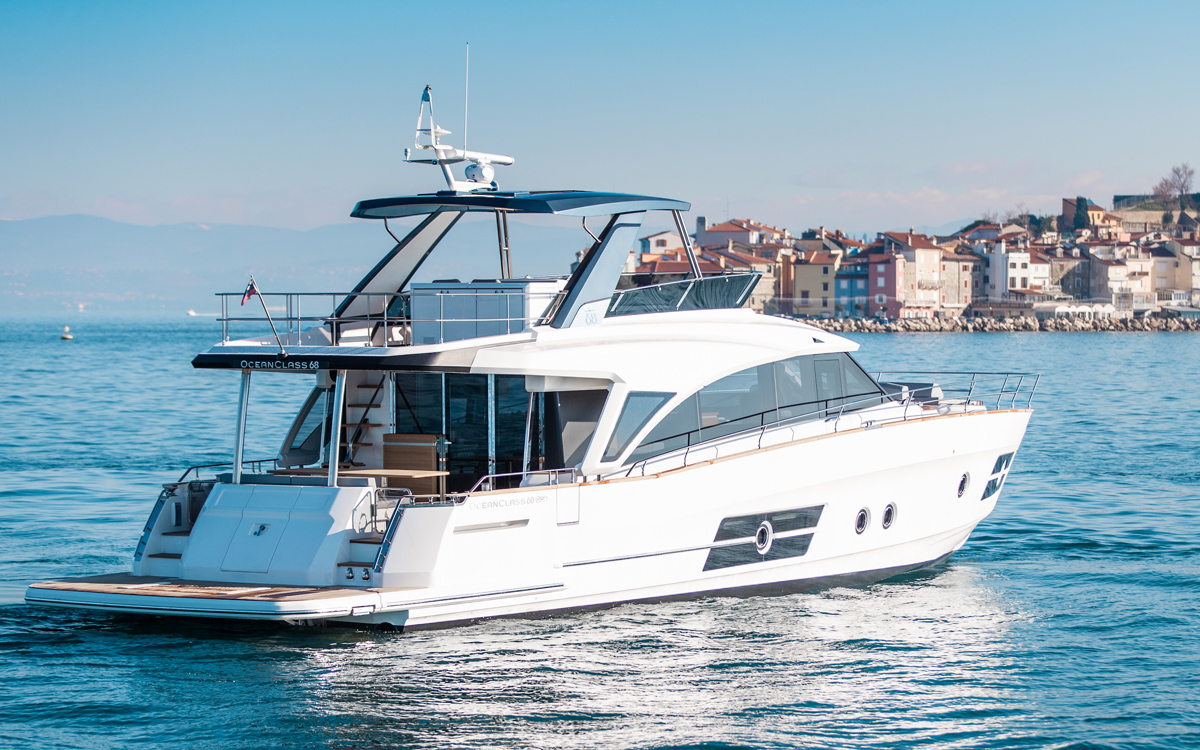 Of course, another real appeal of electric power is that it reduces the need for those big diesels to run at idle – say waiting outside a marina, or for a bridge opening. That means fewer engine hours and reduced maintenance.

Green machine, or not, this Slovenian-built 68 Oceanclass is one impressive-looking cruiser. We love its striking hull design featuring that distinctive mix of portholes and bigger, glass openings, and those swept-back superstructure windows.