These days, Ocean Alexander is pumping out more hits than Ed Sheeran. Between April and June this year, the Taiwanese builder delivered no fewer than eight yachts, from a 28-metre to a 36-metre tri-deck. Impressive stuff.

And the hits just keep on coming, with the Kaohsiung yard planning to debut not one, but four new or heavily-tweaked models at this year’s Fort Lauderdale Boat Show. The highlight for us will be a new flagship in OA’s aptly-named Revolution series, the 35-metre/116-foot Ocean Alexander 35R.

It’s another stunner from the drawing board of long-time OA designer Evan K. Marshall, that takes the bluff, towering-bowed, four-level Revolution formula to the next level, adding to the Revolution line-up that currently includes the 27R and 30R.

As before, it’s all about cavernous interior space. With a Gross Tonnage of just under 300, and a beam that stretches over 7.6 metres, there’s reckoned to be more space inside than a typical 50-metre.

Five spacious cabins accommodate up to 10 guests, with a forward owner’s cabin on the main deck that sprawls across the full beam. A vast acreage of hull-side glazing and floor-to-ceiling windows flood the entire yacht with light.

The full-width sky-lounge provides additional lounging space and opens out to the expansive dining deck with its outdoor kitchen that’s perfect for alfresco barbies. 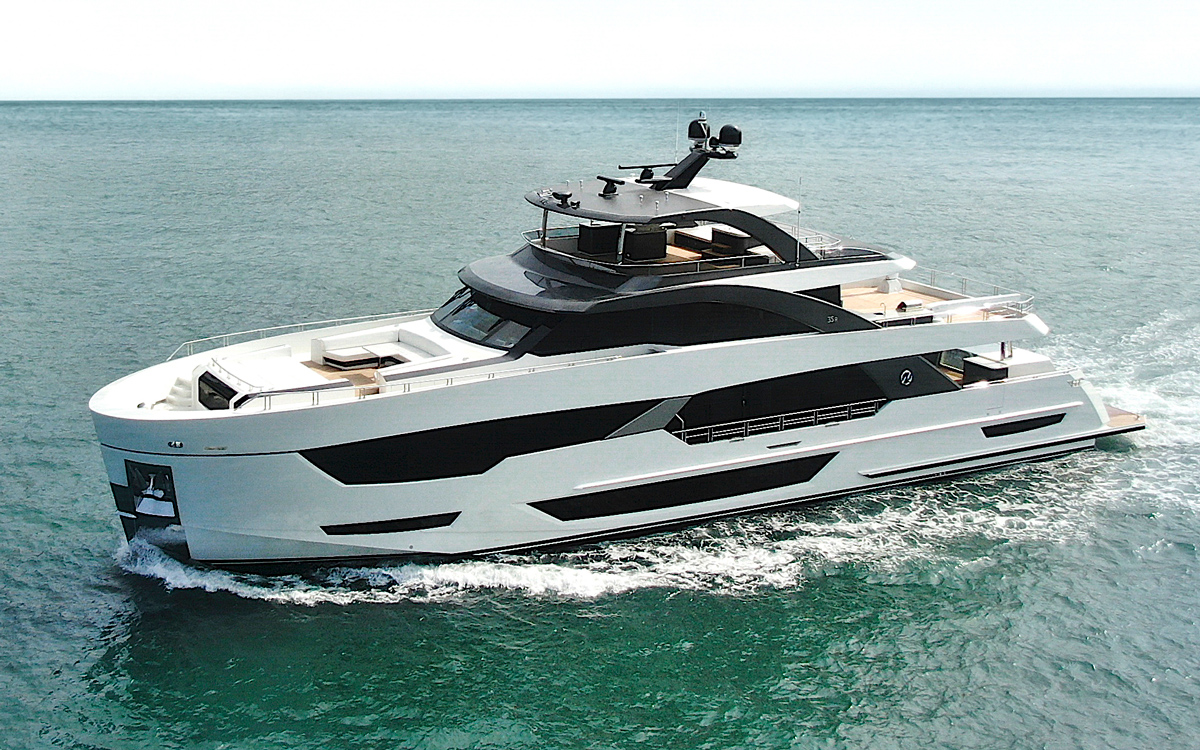 Outside lounging is also a key priority with this new Ocean Alexander 35R. That includes a new, extended beach club with a huge fold-down transom, while forward there’s mile-long, sunken foredeck with sofas and sun pads.

As before, the hull design with that distinctive, wave-piercing bow, is from the drawing board of Arrabito Naval Architects. With a pair of standard 1,900hp MAN V12s, top speed is around 23 knots. And with tanks big enough for over 19,000 litres of fuel, the range should be impressive too.