Home to a hugely diverse cruising area, whether on your own boat or on a charter, there are literally dozens of options to consider when Mediterranean sailing, says Lu Heikell

Mediterranean sailing: where to cruise next season 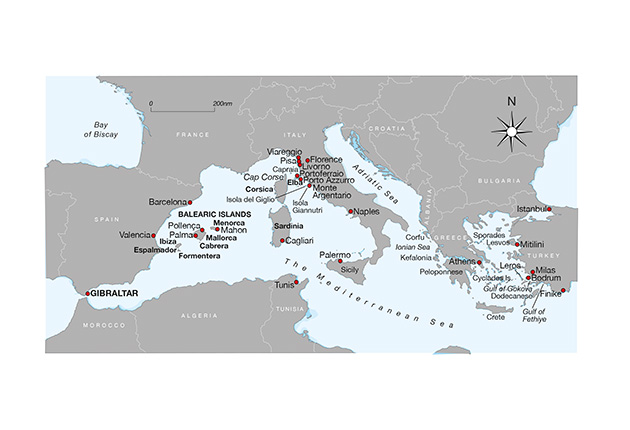 Mediterranean Sailing: some of the best locations to cruise. Credit: Maxine Heath

With warm (sometimes too warm) air and sea temperatures the season in the Mediterranean runs much longer than in more northern European climes.

Here are a few of our favourite areas, writes Lu Heikell.

Located 50 miles off the Valencian coast of Spain, the Balearic Islands comprise the four main islands of Ibiza, Formentera, Mallorca and Menorca, and several smaller islands including Cabrera and Espalmador.

Together they represent one of the most popular cruising areas of the Mediterranean.

Harbours, marinas and anchorages are dotted at convenient distances around the coast, allowing a mix of remote, secluded bays and cosmopolitan towns.

In high season it is undoubtedly busy, both on land and sea, but as well as forming stepping-stones while heading through the Mediterranean, they are well worth a visit if you have the opportunity. 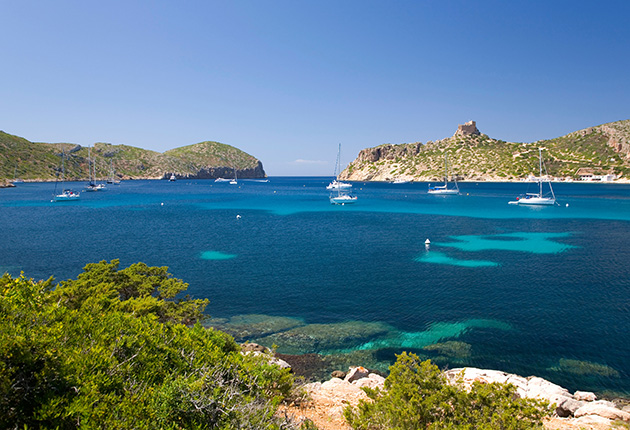 The inland towns and countryside are well worth exploring as a surprisingly tranquil place away from the crowded coastal areas.

Marina prices are always high but can be eye-watering in high season, but the Port de Baleares ports are well worth seeking out for more reasonable charges.

Charter yachts are widely available. Anchorages abound, so in the settled summer months there are plenty of options. Each island has its own ‘flavour’.

Lu Heikell is a leading pilot book author in the Mediterranean and has cruised there and back to the UK via the inland and offshore routes. Credit: Lu Heikell

Ibiza, the westernmost island, is known as the party island, and sadly much of the coast has been built up, leaving little genuinely untouched coast.

Formentera, and the adjoining island of Espalmador, are for the most part low-lying islands close south of Ibiza.

Its reputation is of a more laid-back relaxed vibe, and is comparatively undeveloped. In Puerto del Espalmador there is a good almost all-round sheltered anchorage.

At 50 miles ENE from Ibiza, it can be reached in a long day sail. Bahia de Pollensa is a good jumping-off point for those heading to Menorca, and a decent spot to provision up if necessary.

Menorca, the easternmost island, is known for its rugged beauty, and in Mahon has one of the largest natural harbours in the region.

The detached pontoons here are perhaps the best value berths to be found in the summer months.

The Tuscany coast runs from Viareggio and Pisa down to Monte Argentario in the south. Offshore lie the main Tuscan islands of Capraia, Elba and Giglio.

The Tuscan archipelago is a popular cruising ground for yachts and the patchwork of islands between Corsica and the mainland provide conveniently spaced stepping stones.

The islands are covered by the Tuscan Archipelago National Park, which has restricted areas on all the islands, and the islands of Gorgona, Pianosa and Montechristo are totally prohibited areas. 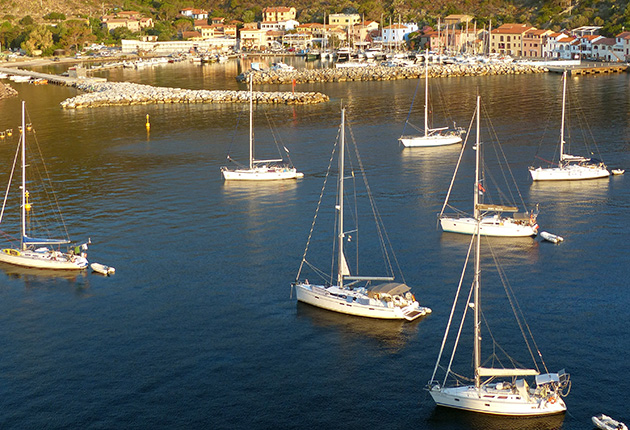 The Tuscan mainland offers little in the way of anchorages, but the major towns of Viareggio, Pisa and Livorno all offer visiting berths that shouldn’t break the bank, and fine bases to explore the renaissance city of Florence, the Etruscan coast and to experience the famous Viareggio autumn carnival.

And yes, I do have the picture of me ‘holding up’ the famous leaning tower!

As Europe begins to open up again for cruising, Lu Heikell looks at the implications of Brexit on UK sailors… 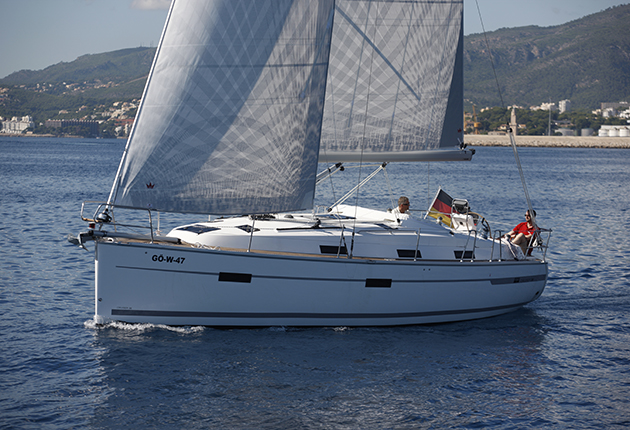 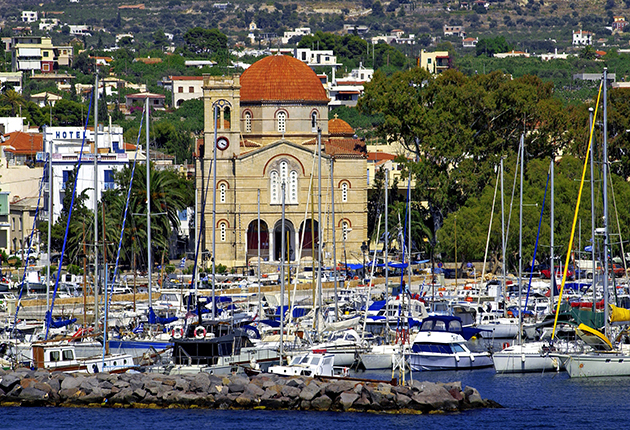 The islands are a natural escape, with more opportunities to anchor, though certainly fewer than around the Balearics. Capraia lies just 16 miles east of Cap Corse and is a former prison island.

Aside from yacht traffic there is little to disturb this largely tranquil place.

Elba is the major island, well known as the subject of the Napoleonic palindrome ‘Able was I ere I saw Elba’. 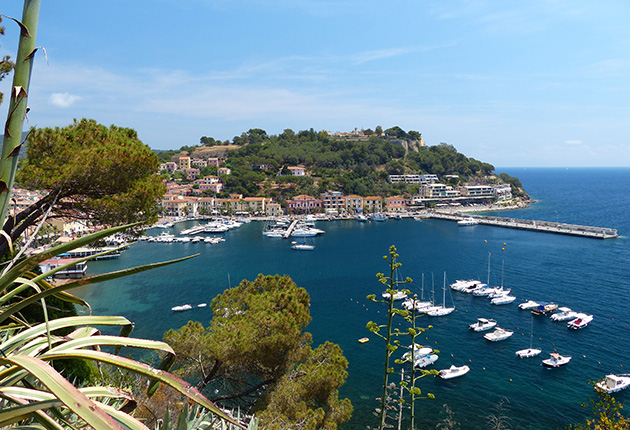 Porto Azzurro is one of the many attractive harbours on Elba. Credit: Lu Heikell

The coast is much indented and there are numerous attractive harbours and anchorages.

Portoferraio is the main harbour, built under the walls of the 16th century citadel and lined with handsome 18th century merchants’ houses.

Depending on the wind direction good shelter can be found on the north and south coast, while Porto Azzurro on the east coast is another picturesque gem.

Isola del Giglio and Isola Giannutri are the southernmost islands and the anchorages here can be busy, but remain a cooler option than the mainland in the heat of the summer.

Greece and Turkey are undoubtably two of the most popular destinations for sailors in the Mediterranean.

Whether you decide to base your own boat here, or charter a yacht for a shorter visit, few fail to return to this sailing paradise.

Depending on your experience levels, or your inclination, each region offers something for everyone – the gentler winds of the Ionian, the remoteness of the Peloponnese, the boisterous breezes blasting through the Cyclades islands, cosmopolitan Istanbul, or the late summer warmth of the Dodecanese and the southern Turkish coast. 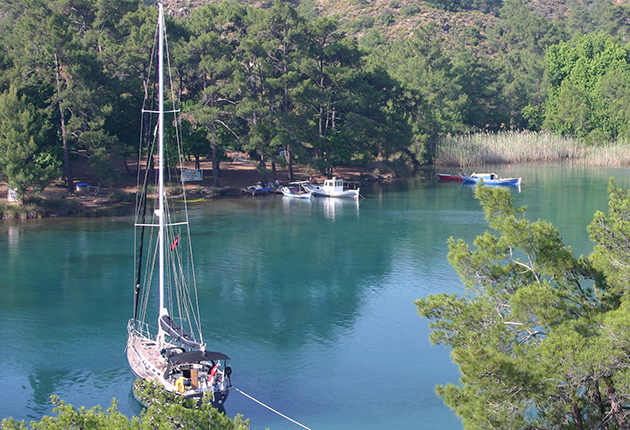 Turkey is not a Schengen country so UK sailors can take their time. Credit: Lu Heikell

You will find the stamp of history jostling with modern day life literally everywhere you go.

Our picks to escape the busiest spots in Greece would be the southern Peloponnese around Kalamata, northern Greece with Kavala, Thasos and Samothraki, and the Cyclades, Eastern Sporades and northern Dodecanese, using either Mitilini (Lesvos) or Lakki (Leros) as a base.

In Turkey, long-term berthing options are available at reasonable prices, and it has the benefit for UK visitors that stays here do not eat into your Schengen time allowance. 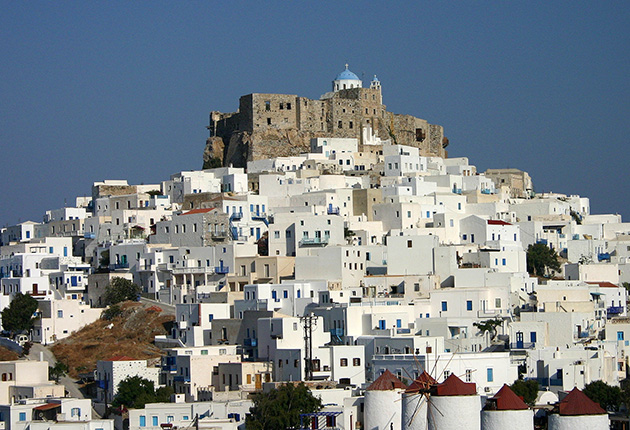 You can sail into the heart of the city in Istanbul, or explore the extensive natural anchorages between Bodrum and Finike on the south coast.

The Gulf of Gokova and the Gulf of Fethiye remain very unspoilt and hold some of our favourite anchorages.

Turkish food, Turkish hospitality and, of course, Turkish carpets are all legendary and will be found everywhere, though they say that the best carpets come from Milas, near Bodrum.

Mediterranean sailing: What you need to know

Shoulder seasons are warmer than Atlantic coasts, with seasons extending the further south and east you go.

Sailing and swimming in southern Turkey in early November is not unusual. 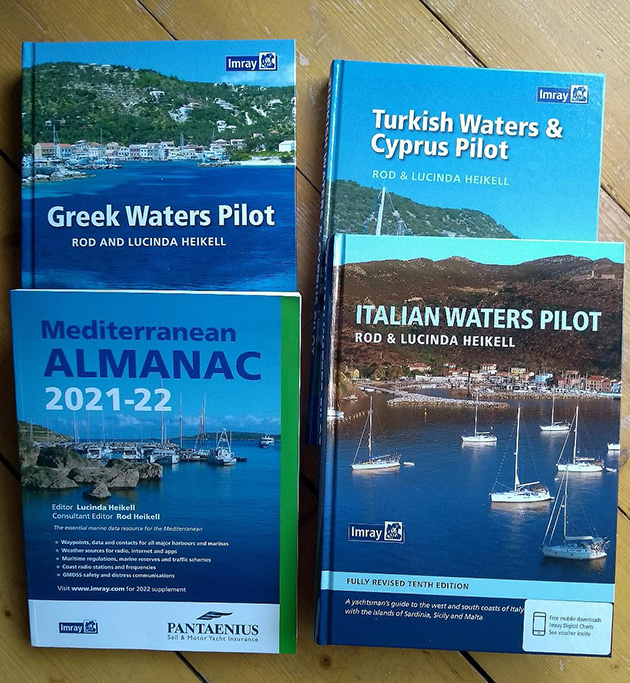 Buy Mediterranean Almanac at Amazon US

Buy Islas Baleares at Amazon US

Buy Turkish Waters and Cyprus Pilot at Amazon US

The post Mediterranean sailing: where to cruise appeared first on Yachting Monthly.